These Questions Will Improve Your Relationships

https://lifehacker.com/these-questions-will-improve-your-relationships-1820517894
1 Do you see me?
2 Do you care that I’m here?
3 Am I enough for you, or do you need me to be better in some way?
4 Can I tell that I’m special to you by the way that you look at me?
Schafler notes that patients from her practice come in and complain that they walk into the bedroom and their partner barely looks up from the phone. Or they get their kid dressed and ready for school without really acknowledging them or making eye contact. Taking a moment to let someone know that you see them, that you care that they’re there, that they’re enough, and that you think they’re special is the nitty-gritty of what makes a good relationship good.
I have a friend who is a master at making me feel good about myself—she asks me questions, seems sincerely interested in the answers, and treats me like I am a special person who has unique things to offer her as a friend. I’ve always thought she had unusually good social skills, but now I realize that she is (unconsciously) always answering these four questions that I’m (unconsciously) asking.
John Gottman, a psychotherapist whose research can be used to predict which couples will stay together and which will divorce, calls these requests bids: “any attempt from one partner to another for attention, affirmation, affection, or any other positive connection.” Not every bid will be answered, but what matters, according to his research, is that you answer the bid affirmatively 85%-ish percent of the time. (Couples likely to divorce were at more like 33%.)
Labels: health

Today I spent an hour trying to figure out why "the system" was behaving a particular way.  My conclusion was that it was impossible based on the code.  Eventually I decided to call over an experienced colleague as another pair of eyes.  Just 30 seconds into explaining the issue I figured out what was wrong.  To which my colleague said you didn't need me you just needed a rubber duck! 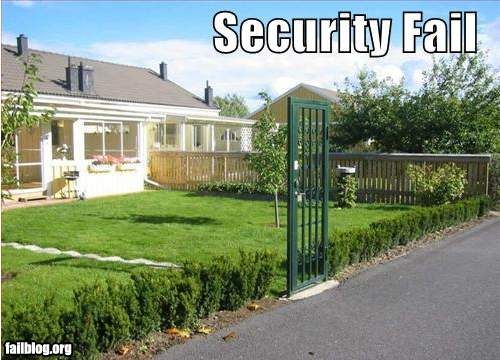 https://lifehacker.com/diffuse-an-argument-by-asking-what-the-other-person-wan-1797795022
Just ask what they want from the argument.
For instance, you might be upset that your spouse forgot your birthday, but instead you get upset about dirty dishes, an open window, or a cluttered nightstand. To the other person, it looks like you’re just suddenly upset by clutter, which can be confusing if that’s not your regular M.O. When your spouse doesn’t understand why you’re upset, that’s likely to make you even more upset, and the whole situation can spiral out of control.
Instead, respond to an argument with a calm and respectful request asking what the other person is trying to accomplish with the fight.
Hopefully, that will facilitate him or her either telling you what the issue is, or looking at the situation and realizing what they really want out of it is a hug and snack, or maybe they just want an apology for some wrong that you did them you don’t even realize. By asking, you can get to the root of the problem a little quicker, and hopefully avoid the whole epic battle portion of the conflict. Or at the very least you’re offering to listen to that person’s concerns, which is often the point of a fight, to begin with.
Once you hear what an issue is, you can respond (again, calmly and respectfully) and address their concerns. Or, even better, you can just respond with “I hear you,” because you did, in fact, hear them. Maybe you still disagree, but in some cases, that’s still ok. Often just acknowledging that you hear and understand the other person’s point of view might be enough to end the conflict (or at least open up a productive dialogue about it) and preserve your friendship/marriage/job in the process.
Labels: health

Practicing compassion — not only decreases anxiety, but it also increases an overall state of calm

https://lifehacker.com/use-these-mental-tricks-to-prepare-for-dealing-with-unp-1797464982
Researchers found that actively practicing compassion — the capability to recognize another’s suffering and be motivated to relieve that suffering — not only decreases anxiety, but it also increases an overall state of calm. And, more importantly, they found that it is indeed possible to teach people to be more compassionate.
Notice and pay attention: Notice how you’re feeling in a situation and how your body is reacting. Figure out what you need. You might just need a few deep breaths to settle your mind and those sweaty hands.
Put yourself in the other person’s shoes: Take time to consider life from her perspective. Recognize that just like you, he/she has family and friends, goals and dreams ... and baggage.
Let it go: Acknowledge that you’re anxious about a person or situation and let that thought move on to allow the flight-or-fight part of your brain to relax instead of obsess. (Meditating daily, in particular, can help train your brain to let go.)
Practice makes perfect: Start where it’s easier. Practice compassion with yourself and with a loved one. Then ease into those more difficult relationships.
Labels: health

Spending money to save time == ++happiness

The Joel on Software Discussion Group - Why I Hate Frameworks

Robert Waldinger: What makes a good life? Lessons from the longest study on happiness

Simon Sinek on Millennials in the Workplace